The Origin of the Name “Costa Rica”

Did you know that Costa Rica means “rich coast”?

When Christopher Columbus came to Costa Rica in 1502, he believed that the land was filled with precious metals, like gold. Because of this belief, he called the land “rich coast”, or Costa Rica.

Though Costa Rica did not end up being a mining hub, its riches lie in other places. For example, Costa Rica is full of life, with the highest density of biodiversity of any other country in the entire world, despite only taking up approximately a third of a percent of Earth’s landmass. Costa Rica is also famous for its rich soil, from which sprout Costa Rican coffee beans and bananas. Finally, Costa Rica is rich in vibrant culture, which stems from a blend of indigenous heritage and Spanish colonial influence, along with the mosaic of other immigrants to our beautiful country.

We feel lucky to live in one of the richest places on Earth. Pura vida! 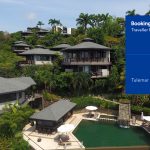