Today, Costa Rica, or the “Rich Coast”, turns 200 years old. On Sept. 15, 1821, a Central American congress signed “The Act of Independence” asserting that Guatemala, El Salvador, Honduras, Nicaragua, and Costa Rica were free and independent of the Spanish Empire.

For the Mes de la Patria, or “Month of the Nation,” Costa Rica celebrates its independence day on September 15. The national holiday is marked by patriotic parades, the hoisting of the flag, and performances by local students. Community parades are a must-see event.

Costa Rica’s national flag is striped blue, white, red, white, and blue. The color blue signifies the sky, white is for peace, and red is for the warmth and courage of the Costa Rican people. 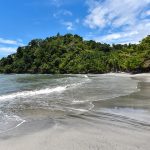 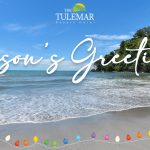 Wishing Our Loyal Guests the Merriest of HolidaysEvents, Resort News